I spoke in my September & October Goals blog about planning for NaNoWriMo. The planning has been done. Let’s discuss my decision. 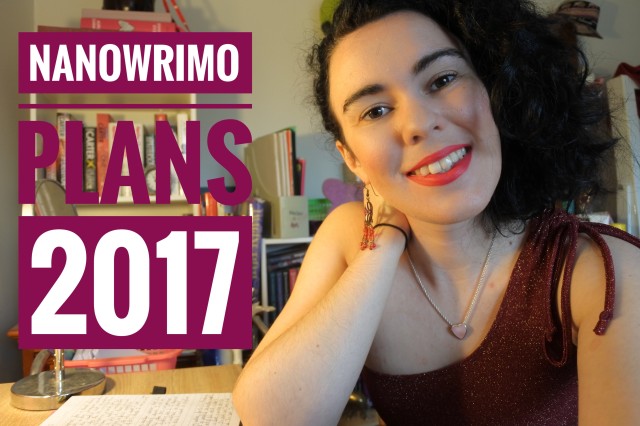 When I was drafting “Brittany & Charli: Book 1” another story would not leave me alone. I quietly told myself that after I finished my draft I could plot out this story and possibly use it for nano. I had a basic idea for the story and a major conflict that would be simmering under the surface waiting to attack. I just didn’t have the motive. After a few different tacts, the MC began unlikable, and I decided to shelve the story for another time.

Am I silly? Am I stupid? Am I a super genius?

I have created an idea for another series. I absolutely love the concept. I am too scared to delve too deep as I do not want to take away any creativity still needed to finish B&C. But I am super excited! I have cut a character from B&C Book 1, and he will now feature in the new series. I will explain about him in due time. As I already have his back story and a few other characters sketched out, I feel ok about leaving this one on the drawing board for the time being.

I got totally discouraged reading through B&C Book 1. There is major work to be done. I set the draft aside and start reworking Book 2’s outline. I wanted to escape #revisionland, and enter back into the world of drafting. Unfortunately my plan was hinder by plot holes. The end of act 2 has a chunk missing. I do not know what chunk is, but I know it’s gone walkabouts. I am not ready to draft Book 2 this soon. 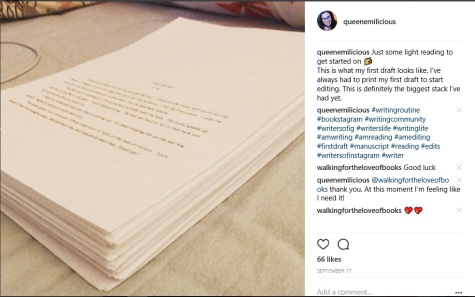 I have decided the best use of my time in November is to work on my draft of “Brittany & Charli: Book 1”.  I mean, look at how many damn pages there are. I worked so hard to get this book completed. I still have a long slog ahead. Why would I go ahead and half-arse a new draft just for the sake of participating in NaNoWriMo? I will have plenty of nano opportunities in the years ahead. Right now just isn’t the time.

Are you participating in NaNoWriMo? Are you working on a completely new WIP? Let me know your plans in the comments below, or Tweet Me @queenemilicious.